This is the very first Vendor Chargeback Case Study and I must admit it’s a little “rough around the edges”. My plan is to add a new one to this blog once every week or two, with each one analyzing a different aspect of the Vendor Chargeback. I recently decided to create this series as an educational resource for all serious-minded REO Vendors who are smart enough to know that most of the forum threads about this subject are angry opinions that were posted by ex-Property Preservation Contractors who refuse to consider the idea that they may have actually been deserving of the chargeback.

The Vendor Chargeback Case Study series of articles will provide an un-biased “inside look” into the details of actual chargebacks to learn the reality of why they happen (it’s rarely what the ex-vendor says it is), how to minimize the chances of being charged-back and what can a contractor do if/ when they receive a chargeback. It’s simply a way of learning from the mistakes of others.

Here’s something to think about the next time you stumble onto a website or forum where an ex-vendor  is verbally bashing a client: Why is it that you NEVER hear any of these vendors discuss the possibility that they might have made a mistake? Secondly, why don’t they ever attempt to settle the issue with the non-paying client by taking them to small claims court, where they will most likely recover any money owed, if what they are saying about the client is completely truthful?

Here’s an example of a Debris Removal Work Order that resulted in a vendor chargeback almost a year later. Hopefully, this analysis will provide you with some insight so you can avoid a similar situation.

Your main client, who you have been working as a vendor with for almost a year, sends you a new work order for removing interior and exterior debris. You take your crew to the property and get a little excited because you “guestimate” that there is around 80 cubic yards that needs removed.

So you proceed to order a 40 cyd dumpster and make a decision to haul any remaining debris away using your new dump trailer. Everything seems to go pretty well and you manage to knock out the job in a day. You took tons of photos to document all the debris BEFORE you removed it, as well as some photos showing DURING and AFTER everything was removed. You’re feeling pretty good when you realize that you actually took over 50 photos for just this one work order and based on your calculations, you expect to profit over a grand for one long day’s worth of work. 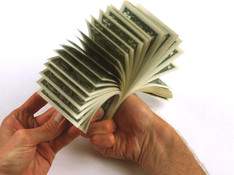 After a month or two goes by, you completely forget about this work order because nobody has called you out on it and you even received the payment “in full” based on your invoiced amount.

Several months later you receive another payment for other work orders you completed for the same client. The only problem is that the amount of this payment is much less than you expected it to be. After coordinating the work order numbers with their amounts you realize that, low and behold, you just received a chargeback for that darned 80cyd debris removal job from several months back.

Most of the least-experienced vendors will immediately head to the internet to start telling anyone who will listen, that “ABC Property Preservation Company just screwed me over”. They do this because they allowed their emotions to get the best of them instead of forcing themselves to take a step back and look at the situation from an objective perspective.

Here’s the real reason the vendor received a chargeback for this work order.

To your client, your photos show multiple piles of debris but they have no way of verifying how much debris was actually present. Your “BEFORE” photos sure make it look like there was “a whole lot of debris”. But the photos don’t provide any conclusive evidence that will allow a person examining the photos to accurately measure the amount. Nonetheless, your invoice slipped through the cracks because there were other, more pressing matters your client was dealing with at the time.

In other words, it doesn’t matter that your client originally signed off on the invoice you submitted for “removing 80 cubic yards of debris”. Nowadays, a large percentage of these loans will be audited at a later date (I once received a chargeback on a work order I completed 2 years earlier!) by a “non-tradesman”, who has the task of verifying the accuracy of every single invoice by comparing invoiced amounts to their accompanying photo documentation. These auditors will most definitely not give you the benefit of the doubt if your photos do not provide the “verifiable” proof they are looking for.

In the example above, where we removed 80 cubic yards of debris, we would have to take photos showing that we actually measured the amount debris “BEFORE” it was removed. This can be accomplished fairly easily if one person takes photos while another crew member uses a tape measure. The goal is simple: to take enough pictures and to take them in such a way that someone who has never worked in the trades has a way to verify your calculations, based entirely on the photos you provide.

If you can make it through the initial frustration you will certainly experience the first few times, you will eventually come up with your own little system that works for you and your crew. And over time this process will take you less and less time as you become more efficient at it.

4 thoughts on “Vendor Chargeback Case Study 1: Photo Documentation Does Not Support Your Invoice”